EkoNivaAgro has been operating since March 2002. The main area of activity is dairy farming. The enterprise is also engaged in growing cereal, pulse, fodder, profitable industrial crops as well as seed production. EkoNivaAgro employs 3,550 people engaged in different areas of activity (as per 13.01.2022). 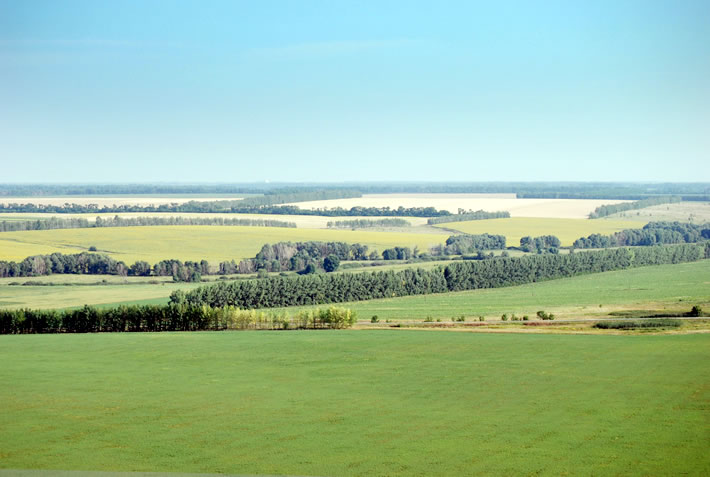 Our professional motto is We are responsible for our land!

EkoNivaAgro operates on the territory of Liski, Kamenka, Bobrov, Kashira, Anna, Buturlinovka and Talovo districts of Voronezh oblast. The total agricultural land area is 147,000 ha (as per 13.01.2022).

Currently, there are 28 livestock farming subdivisions operating within the enterprise, including 16 high-tech free-stall dairy facilities. The enterprise is a stock-breeding plant for Holstein Black-and-White and Simmental breeds and a breeding reproducer of Red-and-White (Holstinized) breed.

EkoNivaAgro implements a cow-calf project. Male calves are kept on the pasture until they are 6-7 months old, further, they are sold to beef finishing enterprises. In total, EkoNivaAgro has 530 head of beef cattle (as per 13.01.2022).

In crop production, work is carried out in the following areas: fodder and cash grain production, growing highly profitable industrial crops and reproductive plant material for cereals, pulses and fodder grasses. EkoNivaAgro implements minimum and zero tillage systems and uses cutting edge machinery. The Company’s grain management system meets the most advanced standards due to the use of a Twister mini-elevator (32,000 tonnes) designed in accordance with North-American technology and a seed processing plant with a capacity of 10-12 tonnes/hour. The company has also commissioned the first stage of the elevator with the capacity of 50,000 tonnes.

The priority direction in the company's social policy is to create comfortable living conditions for the employees. EkoNivaAgro has launched its own housing project under the Comprehensive Development of Rural Areas programme aimed at making housing facilities available to the residents of villages. In Lisky and Bobrov districts alone, 66 new houses for the company’s specialists have already been built and commissioned. Also in Bobrov district the company purchased a modern house with 45 apartments for the specialists.

The Company grants interest-free loans to its employees for housing improvement and acquisition of personal vehicles.

Aleksandr Gusev, Governor of Voronezh oblast: ‘The outstanding achievements of EkoNivaAgro produce a powerful impression not only in our region but all over Russia and abroad. The company makes a tremendous contribution to the economic and cultural growth of our area and the welfare of the rural community; therefore, the Government of Voronezh oblast will provide all the necessary support to EkoNivaAgro.’