Oleg Sirota, a famous cheesemaker and a blogger, has paid a visit to Kaluzhskaya Niva. For two years in a row, the farmer has been collaborating with EkoNiva purchasing milk from Romanovo dairy. 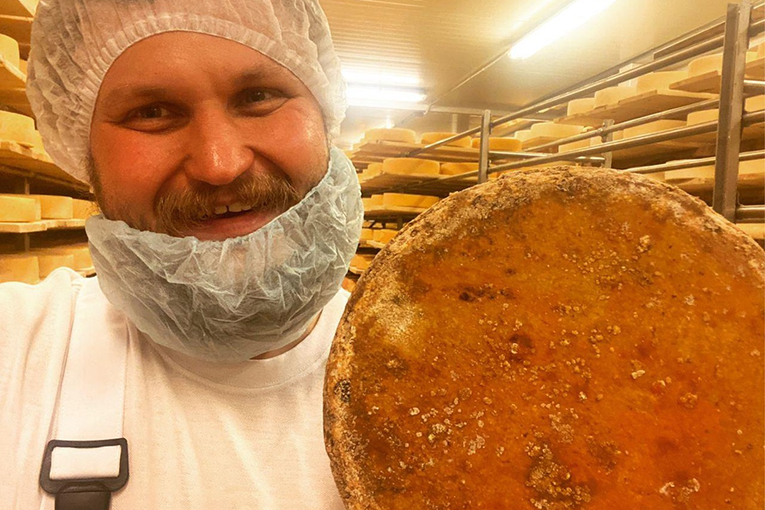 This time, Oleg Sirota, the owner of Russkiy Parmesan cheesemaking factory, has decided to get acquainted with other EkoNiva’s dairies located in Peremyshl and Ferzikovo districts. He saw with his own eyes livestock housing facilities on Aristovo, Bushovka and Sugonovo farms and got to know what the animals’ ration consists of as these are the key factors affecting the quality of dairy products.

‘We buy seven tonnes of milk from EkoNiva daily’, explains Oleg Sirota. ‘For such a large company, it’s just a drop in the ocean, but for us, it’s a significant amount. EkoNiva’s raw milk goes to produce our yoghurts and fresh cheeses. We have very strict requirements for the quality of milk and its transportation, that’s why we opt for milk from EkoNiva’s farms.’

However, Parmesan at the guest’s cheesery is made from milk given by his own cows. Russkiy Parmesan has won numerous prestigious awards in our country and in Europe. At the 2018 FIFA World Cup in Russia, cheeses and yoghurts produced by Oleg Sirota's factory were part of the regular diet of the French national football team. Istrinskiy and Festivalniy cheeses won the bronze medals at the 14th International Käsiade Cheese Festival in Austria, one of the most reputable competitions in this field.

‘None of the judges could expect that such high-quality cheeses were made in Russia’, says Oleg Sirota. ‘We had to beat about 500 competitors, so the represented varieties make us feel very proud. These are hard cheeses that mature for a long time since they contain more milk than others.’ 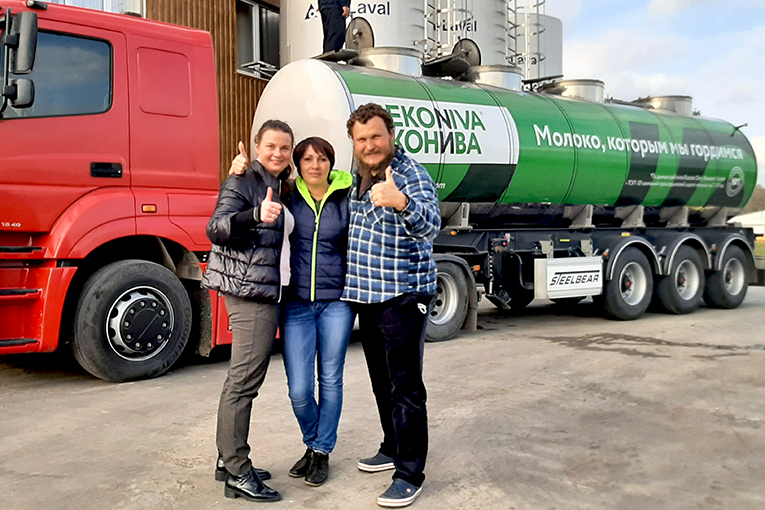 Oleg Sirota set up his business riding the wave of food sanctions in 2015. The occurred situation gave rise to a thought that it was high time to produce a high-quality, natural and tasty product. Today the farmer's dairy assortment is well known among the consumers of Moscow and its whole region. For five years, the Istra cheesery has produced more than 1 million kg of cheese. Oleg Sirota is a frequent guest at Russian and international exhibitions, where once he came across EkoNiva’s booth.

‘A smiling man approached me, and we quickly fell into conversation’, recalls Oleg Sirota. ‘I was really surprised when it turned out that my new acquaintance was Stefan Duerr, President of EkoNiva Group. We had a very light-hearted chat. Actually, that very day marked the beginning of our cooperation.’