On 24 August, Ufa hosted Dairy Land 2019, one of the biggest festivals devoted to milk. It gathered over 58 thousand guests – connoisseurs of natural products as well as producers, processors and retailers. Apart from the ambitious cultural and entertainment programme of the event, the bottom line was that dairy market experts and government representatives participated in a business breakfast. 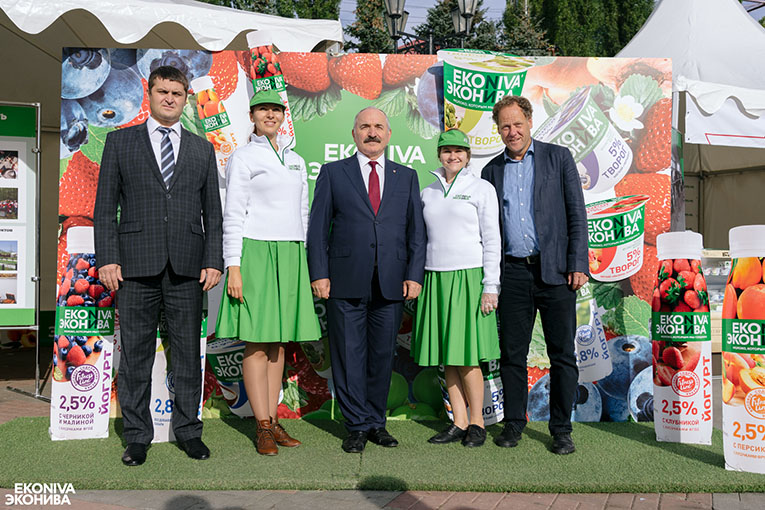 ‘Our management team is determined to hammer away at the development of the milk industry’, says Radiy Khabirov, Acting President of the Republic of Bashkortostan. ’We have all the prerequisites for success. Bashkiria is a large agrarian region with a territory of 142,000 square kilometres. During the first half of 2019, our investment in the industry increased by 113.6%.’

According to Radiy Khabirov, the Republic has considerable experience in agriculture. A whole range of financial, organisational and administrative tools is at play in giving a boost to this sector. 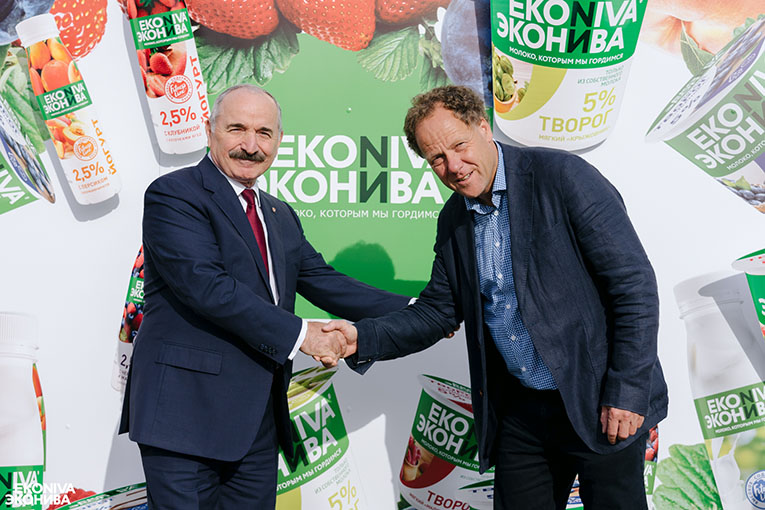 ‘In 2019, the gain in milk production in Russia will be half a million’, says Kharon Amerkhanov, Director of the Livestock Farming and Breeding Department of the Ministry of Agriculture of the Russian Federation. ‘Both at the federal and regional levels, the investors and the government are always ready to hold a constructive dialogue, which is a precondition for the building of modern farms and the opening of dairy business clusters. Over the past 15 years, we have created genetic material which is on a par with the one of the foreign selective breeding. Owing to the use of the cattle genetic potential, this year, the milk yield in Russia has exceeded 6,000 kg per cow.’

Moreover, Kharon Amerkhanov stressed that Bashkortostan has natural and climatic conditions which are unique, especially for the development of dairy cattle breeding. It is no coincidence that among the first to appreciate the Republic’s potential was Stefan Duerr, President of EkoNiva Group, who also had the floor at the event. It is worth mentioning that this February, in the course of the Russian Investment Forum, EkoNiva signed a contract for the construction of Semyono-Makarovo dairy for 2,800 milking cows located in Yermekeyevo district. The project investment will be about 3 billion rubles. 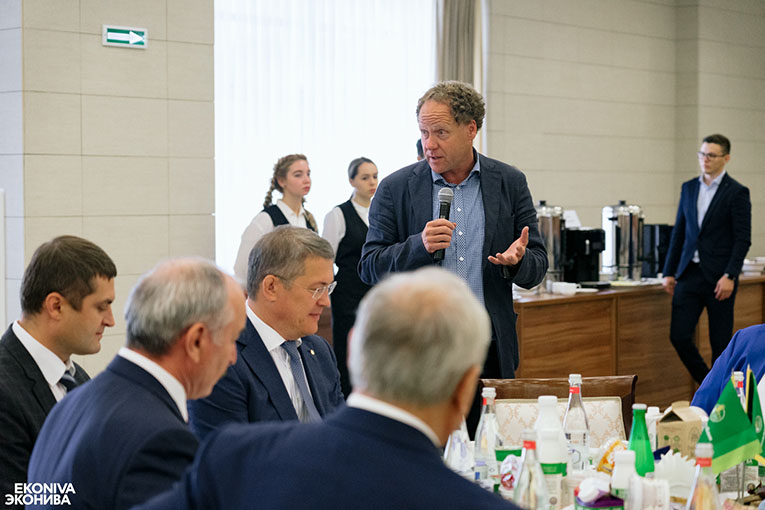 ‘Semyono-Makarovo already keeps 320 cows, and by the end of the year 2,800 cows in total will have calved and give milk’, says Stefan Duerr. ‘The company has broken ground for two more farms in Yermekeyevo and Bizhbulyak districts. Bashkiria is an up-and-coming region, and we are very grateful to the government for the support in our endeavors that we really feel.’

The President of EkoNiva Group emphasised that one of the auspicious areas of the dairy industry is the development of export. Bashkiria is geographically close to promising markets, especially the Chinese one. 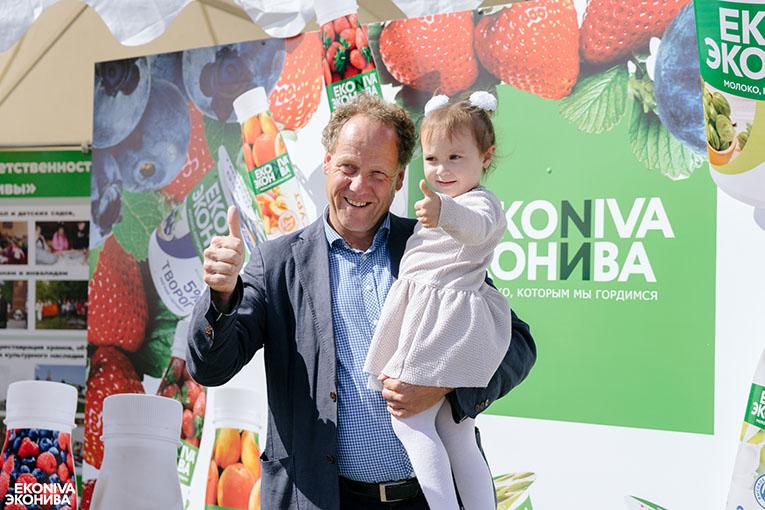 ‘I love Russia and I’m absolutely sure that we should join our efforts to make foreign partners and customers associate the Russian brand with high-quality natural and healthy products’, explains Stefan Duerr. ‘Festivals like Dairy Land deserve to be held much more often. This is the only way we could communicate the power of nature hidden in true cow’s milk to customers.’

To convince the participants of the event in what was said by EkoNiva President, the company presented a whole range of its own dairy products. During the tasting, the guests sampled all the delectable food – milk, kefir, ryazhenka (fermented milk drink), sour cream, curds and yogurts – expressing their appreciation and hope that in the near future the natural products made of milk from EkoNiva’s dairies will become available for the customers in Bashkortostan. 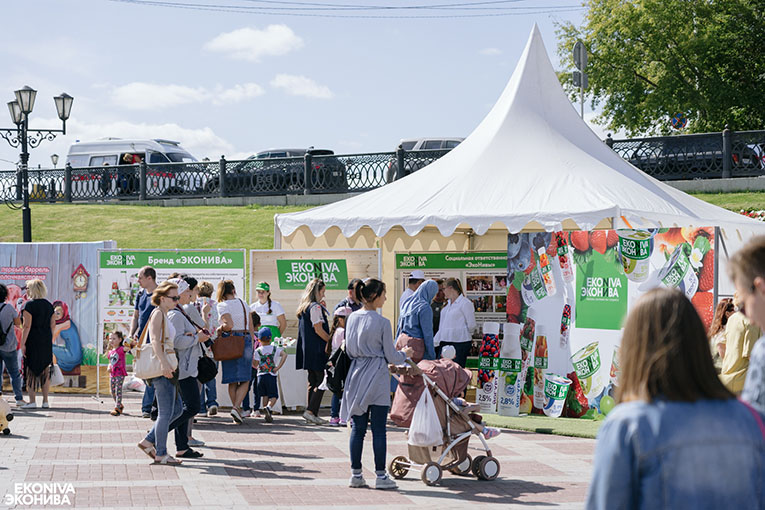 Besides, the festivities in Ufa coincided with another significant occasion on this day – Make Way for Milk, the 8th All-Russian motor rally, finished at Salavat Yulaev Square. On 22 August, a column of 42 cars ventured out for the event visiting Semyono-Makarovo dairy on the way. Ilshat Raymanov, Head of Yermekeyevo District Administration, and Nikolay Lukerin, Director of Severnaya Niva Bashkiriya farming enterprise, warmly welcomed the newly arrived participants. The guests made a lightning tour of the facilities being built and sampled fresh EKONIVA dairy products.