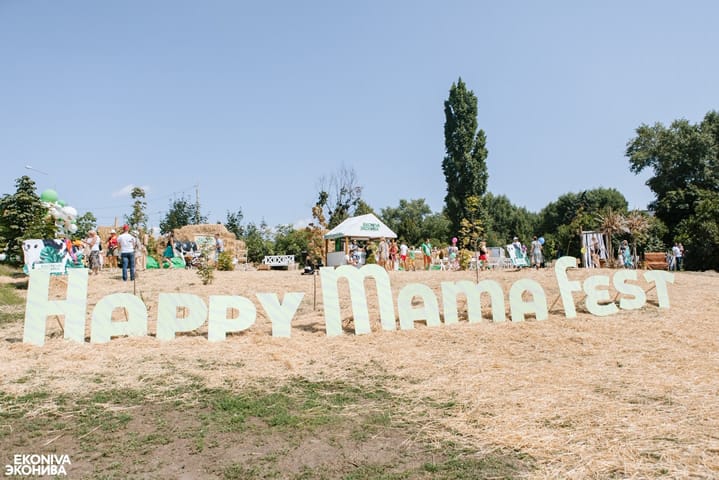 Patriots’ Park in Voronezh has hosted the 5th anniversary festival HappyMamaFest 2019 inspiring the best in pregnant women, mothers and whole families. Hot Africa defined the theme of the enthralling event at which EkoNiva acted as a principal partner. The company prepared its branded area where everyone could set out on a captivating journey across the African expanses, get acquainted with local animals and enjoy natural milk from EkoNiva's own farms. 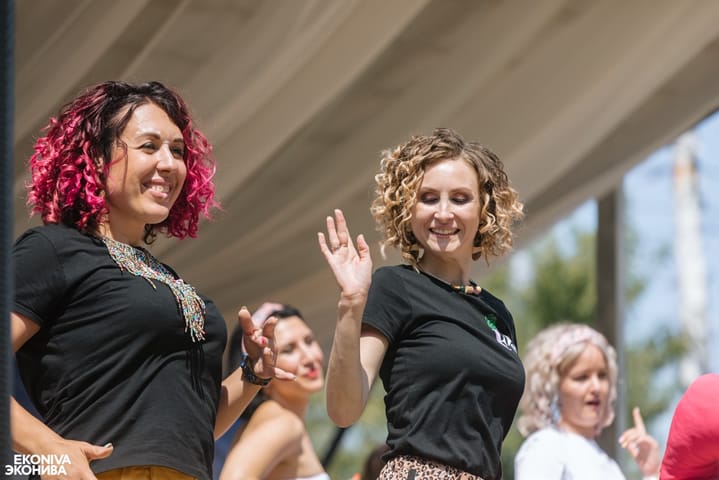 The ceremonial opening started with a foot tapping dance performed by the fairies coordinating the festivities, after which the main organisers of the event – Anna Dorovskykh and Irina Desyatova – gave a welcome speech. The ladies mentioned that the festival was originally conceived as a celebration opening up opportunities for both leisure and new knowledge at the same time. Initially HappyMamaFest was held as a big picnic, now it has grown into a summer city event with its own unique convivial atmosphere. 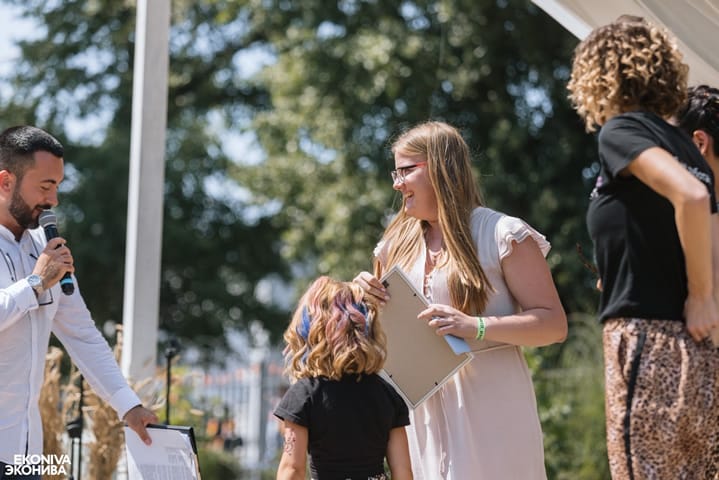 ‘The goal of our festival is to unite families, so we are very happy when you come all together, with kith and kin’, shared Irina Desyatova with the audience. She expressed deep gratitude to the partners of HappyMamaFest 2019 for their assistance emphasising that it has been supported by EkoNiva for two years which allowed the project to break new ground.

‘We are so thankful for such a fruitful collaboration’, said Irina. 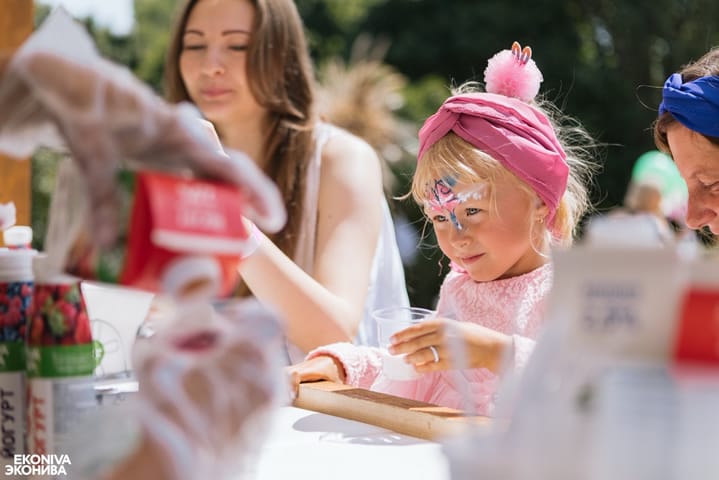 Throughout the festival, the guests were amused by a great many of activities not only on the stage, but also on various informative and entertainment sites. For example, the ladies could enter into the round-table discussions devoted to topical issues such as earning income on maternity leave. Psychological issues also sparked interest from the female audience – professionals gave individual consultations and arranged group practices. Besides, the area for expectant mothers gained traction with the guests. The beauty area was no exception – the charming participants took new beauty life hacks on board. Snappy dressers could indulge themselves in shopping for bright bijou jewellery and eye-catching clothes. 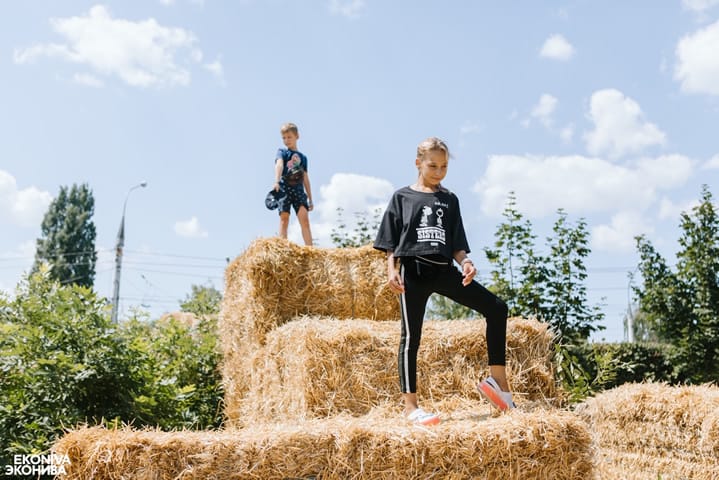 The kids kept pace with their parents and joined in every competition, game and dance. The youngest guests were privileged to participate in a bubble show, find out about butterflies, colour in safari pictures and play quest games. The older boys and girls took part in the workshops on programming, gold mining, cooking an African pizza and so on. Besides, the organisers of the festival prepared so many bright African photo zones that everyone brought home sunny photos. 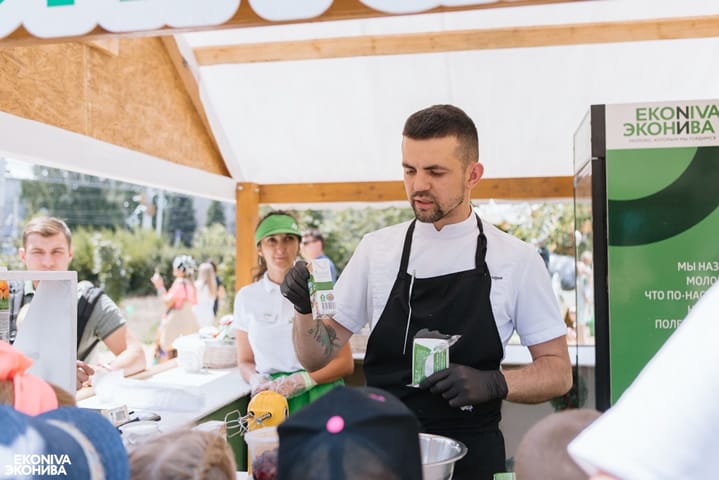 Whole families were eager to visit the branded zone of EkoNiva. While the kids were looking for their way through the maze during the Afro-contests, making finger toys symbolizing their favorite animals and arranging theatre performances with them, the adults did not waste their time. They attended two workshops held by Yuriy Aguzarov, a chef of the Scandinavian cuisine restaurant ‘MØS’ in Moscow, tasted the creative deserts – ‘kefir panna cotta’ and quark mousse made from fresh berries, granola and EKONIVA dairy products. After the entertainments, all the guests savoured the natural culinary delights which did not leave even gastronomes indifferent, took memorable photos with lovely cows in the special photozones capturing the mood of the festival and reviving their spirits. 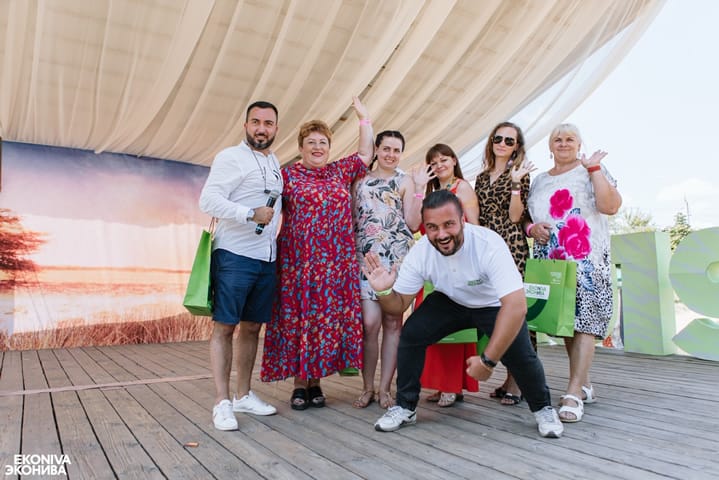 ‘It is the second time I have attended the festival with my husband and children. EkoNiva keeps pleasing the visitors not only with tasty products, but also with informative and funny games and contests’, concluded the festival participant Natalya Shevtsova. ‘I am so happy that there are companies that put their heart into what they do.’

By Inna POTAPOVA and Aleksandr KUTISHCHEV