Vavilovets, a project named after the prominent agronomist and geneticist Nikolay Vavilov, has been carried out at EkoNiva for the second year. During this short period, it has proved its high value both for the farming students and the company. The objective of the initiative is searching for young employees and educating them. 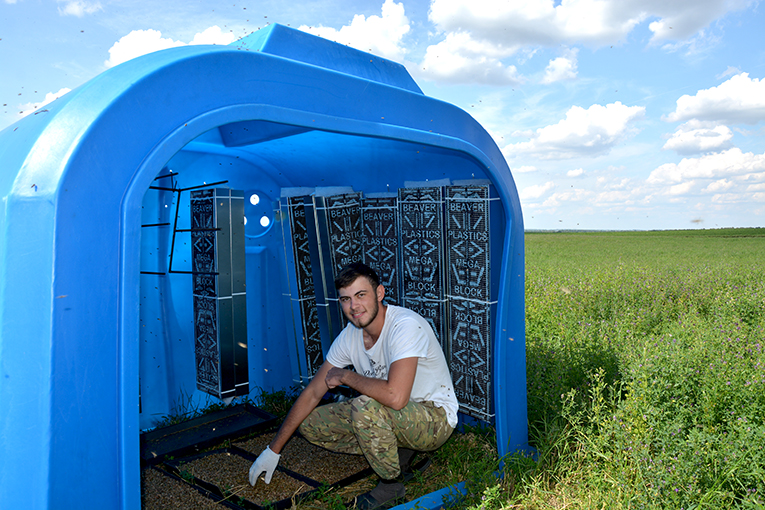 Bachelors and masters of Russian agricultural universities got a chance to become closer to such complicated sciences as plant breeding and seed growing. The Vavilovets team arrived to Zashchitnoye in order to gain experience and knowledge.

Rasul Magomedov, a student of Dagestan State Agricultural University, has been at the enterprise for several months. The senior was delighted to intern for such a long period since his main goal was to pick up useful skills.

‘Literally every piece of knowledge we get here comes in handy’, says the beginning farmer. ‘No one shares this information with us at the university. I am really lucky as I had an opportunity to take part in the unique project — for the first time, leaf-cutting bees were delivered to Zashchitnoye from another continent, from Canada. They are used for alfalfa pollination, thus allowing to boost the crop yield. This season, we are studying these insects together with my mentors.’

Each day of the internship starts at the crack of dawn – watching the bees takes a great deal of time. However, the young man does not complain, he makes notes on changes every day and analyses them being scrupulous about his duties. Rasul already knows for sure that his graduate paper will be devoted to bees-cutters. Giving young farmers a chance to learn the ropes of plant breeding and seed growing through meticulous labour, sometimes tedious but at the same time exciting – this is the key takeaway of the project.

‘The students do a difficult internship in fields, from time to time the conditions may be extremal’, relates Andrey Zvyagin, Head of Plant Breeding and Primary Seed Growing Department of EkoNiva-Semena. ‘We can easily detect guys who have their hearts in our challenging but interesting job – they are candidates for plant breeder positions, our employee pool. While participating in Vavilovets, the interns can comprehend whether they made the right choice about their profession or not.’

Creating Vavilovets was a joint idea of EkoNiva-Semena staff and rectors of agricultural universities. In summer, the future agrarians help the farming enterprise during the peak of the harvesting campaign and scrutinise the aspects of plant breeding and seed growing. Currently, the country’s agriculture is starving for professionals in these areas of expertise. The average age of a Russian plant breeder is about 60 years, that is why this scientific field urgently needs a fresh flow of young specialists.

Pavel Semyonov, a master of Kazan State Agricultural University, won the first place in the Agronomy scholarship programme, thus having joined the team.

‘Like the other guys, I was offered to pick out one scientific field for my internship at the plant breeding centre’, says Pavel. ‘For example, competitive testing of agricultural crops, studying cultivation technologies and conducting trials on developing them, growing seeds of perennial grasses and, of course, breeding of cereal and pulse crops. I chose the last option and gained immense experience.’

Pavel is an heir to a dynasty of agronomists, so the career choice was predictable and desirable for him. Now the young man is toiling away at his graduate paper. It is devoted to farro, an ancient type of wheat. An entire trial field at Zashchitnoye was allocated to Pavel for that crop. Constant monitoring and total systematisation of data will provide the foundation for his paper. 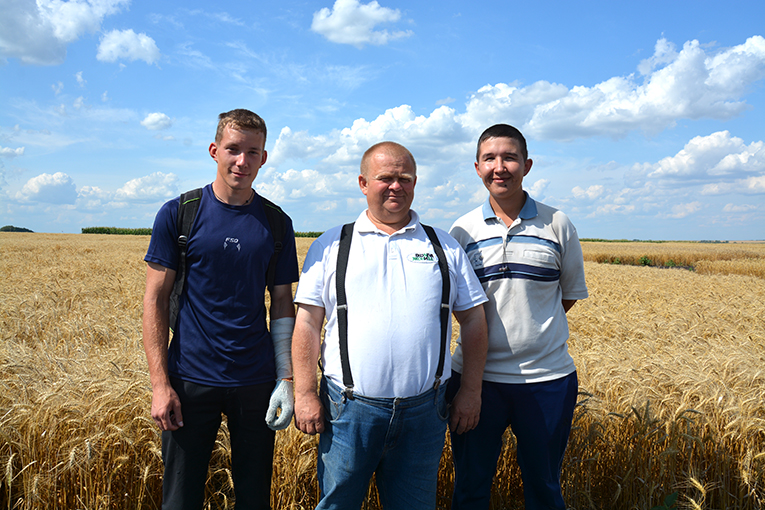 ‘I am exploring the effect of mineral fertiliser on emmer (kind of farro) quality and crop productivity’, shares the student. ‘My professional dream is to increase farro yield potential, so I want to keep on studying this wholesome crop.’

One more programme participant, Svyatoslav Burlyayev, says that he is striving for even more audacious goals.

‘I wish I could fix heterosis in wheat, it could allow to increase the crop yield by 50%’, relates the young agronomist. ‘Besides, I would love to try my hand at somatic hybridisation which is performed through fusing protoplasts isolated from the plant somatic cells. It is used for creating new genotypes and new plants. All this will allow to carry out plant breeding on a cell level.’

Yet it is only a dream for Svyatoslav, maybe in a while his dream will come true. It is evident that the students are keen on farming and their presence in this profession is not coincidental. Perhaps in a few years, they will make names for themselves with new achievements in Russian plant breeding.

At the end of the internship, the participants of Vavilovets were taken on a traditional excursion to the All-Russian Institute of Plant Genetic Resources named after N. I. Vavilov in Saint Petersburg. During the trip, the students became acquainted with the institute history and its modern researches, visited the gene bank, the cryorepository, the herbarium, the famous library of Vavilov and the memorial office of the renowned agronomist. A chance to get familiar with the main legacy of the plant breeding world definitely helps to promote Vavilov’s ideas and increases the youth interest in science.